A report by Andrey Korotayev at the regular LCSR seminar 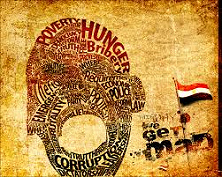 On October, 17 Andrey Korotayev (Doctor of History, Senior Research Fellow in the Oriental Institute and Institute for African Studies at the Russian Academy of Sciences; professor at the Higher School of Economics) delivered a report on “2011 Egyptian Revolution: A Demographic Structural Analysis” at the regular seminar of LCSR.

Blaming economic stagnation, poverty, inequality, corruption and unemployment are mostly called as socioeconomic causes of the 2011 Egyptian Revolution. These explanations have been widely circulated in various mass media, which reproduced them almost word by word. Nevertheless, whether the stereotyped explanations correspond to reality?

Andrey Korotaev started to search answers to this question looking into the actual dynamics of the relevant socioeconomic indicators in the years preceding the Egyptian Revolution.

So, Egyptian economics, contrary to popular view, during Mubarak’s reign (1981-2011) was developing quite dynamically. Its growth increased by 4.5 during the last 30 years and it is the best indicator for the Third World countries. Even in the year of the Great Recession of 2008 the Egyptian GDP continued growing at a rather high rate. Though, economic growth rates slowed down – from 7.2 to 4.6%, however, remaining quite high in a global context.

As regards the corruption level, according the Corruption Perceptions Index (CPI) of Transparency International, a level of Egypt – rank 80 – was comparable with that in Italy, Greece, China or India; and while it was lower than in Argentina, Indonesia, Vietnam, or in most of the former Soviet Union countries of (including Russia).

Unemployment rate in pre-revolutionary Egypt could not be called low but globally the country compared rather well. Its unemployment was less than in USA and the EU on average, France, Poland, Turkey, Ireland, and twice lower than in Latvia and Spain.

According the world standards, level of economic inequality in Egypt was medium. The United Nations Development Program observed a lower rate of inequality only in 23 countries, while 119 states had higher inequality than in Egypt, including France, Ireland, Spain or India, Georgia, USA, China, Russia or Mexico.

A boundless Egyptian poverty is frequently been appeared among the causes of the Egyptian revolution. It is mostly mentioned that 40% of Egyptians live below $2 a day income poverty line. Meanwhile, nobody mentions an index of the extreme poverty: proportion of Egyptians living below $1 a day income poverty line. That omission is not surprising because, according to this indicator, the economic situation in Egypt is one of the most prosperous in the world.

One cannot say that the poverty issue has nothing with the causes of the Egyptian revolution. Indeed, though both in spring 2008 and in January 2011 Egypt remained one of the most well-to-do Third World countries in terms of poverty, the fast growth of the world food prices (taken that Egypt highly depends on food imports) led to a fast growth in the number of Egyptians living below the internationally recognized poverty line. In both cases more than three millions of Egyptians fell below the poverty line during a short period (several months).

However, the increase of food prices is not sufficient or major cause of the Egyptian events. A demographic explosion influenced significantly on the revolution. The absolute population growth rates reached their maximum in 1985–1989. Extracting 1985–1989 out of 2011 one obtains 21–25, which is the age of the numerous generation of young Egyptians who came out to the Tahrir Square in Cairo in January 2011. As noted by J. Goldstone, “Most major revolutions… - [including and] most twentieth-century revolutions in developing countries - have occurred where exceptionally large youth bulges were present”.  So, about half of all Egyptian unemployed belonged to the 20-24 age cohort indeed. More than 43% of them had a higher education.

A combination of numerous unemployed highly educated young people and millions of Egyptians found themselves below the national poverty line in a few months, has established a socially explosive material for the revolution.

Furthermore, there are some other factors, without which, the revolution might not happen: mass usage of tortures against malcontents with the regime; global spread of the Internet, created for the Egyptian educated youth unprecedentedly powerful self-organization; Arab satellite channels televising extremely emotionally vivid images of folk performances; lack of vertical social mobility in society; rapid and bloodless change of power in Tunisia.

Hence, the Egyptian revolution would not be possible without certain objective prerequisites but still it was not unavoidable.