Anomie: Social Reality or a Unique Measure of all the Possible Negative Phenomena?

A report by Ekaterina Lytkina at the LCSR regular seminar 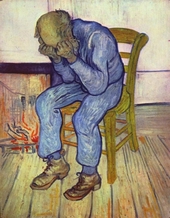 On February 21, 2013 Ekaterina Lytkina, research assistant, delivered a report on "Anomie: Social Reality or a Unique Measure of all the Possible Negative Phenomena?" at the regular seminar of LCSR.

There is no single opinion about definition of the term "anomia" in contemporary sociology, even though the tradition of such studies dates back to Durkheim. Moreover, there are two main concepts: anomieas the state of society characterized by lack of norms and rules and anomia as individual state of members of society characterized by feeling of helplessness, atomization and concern about future. Ekaterina characterized the last concept by means of two notions: normlessness as the conflict or absence of norms and values and meaninglessness as unpredictability of outcomes upon given moral beliefs. These notions were taken from the conception of alienation proposed by Seeman (Seeman 1959).

Thus, two concepts can be placed on two levels. The first one is individual (anomia) and it can be measured by level of migration, religiosity, social well-being, civic participation, loneliness, ideology. The second one (anomie) can be measured by means of aggregated country statistics (GDP per capita, crime and suicide rate, alcohol consumption rate, violence and transformation index of the country).

The author tried to measure empirically the both concepts on two datasets: European Social Study (2010) and European Value Survey (2008). According to the preliminary results, suicide is hardly a measure of anomie, as proposed by Durkheim. In addition, insignificant determinations of anomie are of interest in politics and trust in political institutions.

Ekaterina plans to test a number of hypotheses as one of the next steps in this research. In particular, she supposes higher level of anomia is observed among migrants, unmarried men and working in the sphere of economics (Durkheim).