The 6th conference of the European Survey Research Association titled “Reykjavik is the Capital of Parsimony” took place in Reykjavik, Iceland. Among the LCSR members who presented at ESRA 15, there were four staff members and three associate researchers.

ESRA 15 (Reykjavik, Iceland), the 6th conference of the European Survey Research Association titled “Reykjavik is the Capital of Parsimony”, has become a rich and engaging experience for the LCSR. Compared to the previous biannual conference in Ljubljana there were 1.5 times more presenters, about 800. Among those who made it to the conference (they were fewer), about 250 came from Germany, 75 from the UK, 63 from Belgium, the Netherlands and Luxembourg, etc. Due to Reykjavik’s location between two continents, this time many participants came from the USA (114), Canada (15), as well as from Asia, Australia, and Latin America. Among the LCSR members who presented at ESRA15, were Anna Almakaeva, Ekaterina Lytkina, Anna Shirokanova, and Natalia Soboleva. LCSR Senior Associate Researchers Małgorzata Mikucka and Francesco Sarracino, held their own sessions. Jon Miller, a colleague of Ronald Inglehart who also spoke at the LCSR conferences, made a presentation of their joint research. 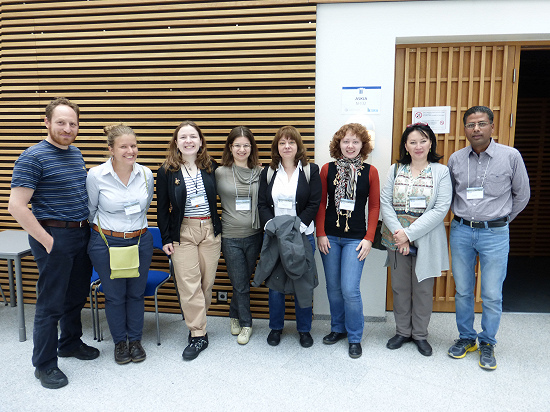 The sessions focused on a widest range of issues, from basic values to precarious employment, to the ambiguity of left-right orientations, but above all – the measurement invariance, multilevel analysis, sensitive questions, experimental design in surveys, non-response, and so forth. It would not be unrealistic to imagine that every participant found something exciting and met new colleagues tackling similar problems across Europe.

At the plenary session, Lars Lyberg, a distinguished Swedish statistician called everyone to follow the ten rules proposed by the British European Social Survey founder Roger Jowell for the 3M (multinational, multiregional, and multicultural) research, and to participate in the forthcoming 2nd 3M Congress in Chicago in July 2016.

The Ten Laws of Comparative Research, according to Roger Jowell :

The general assembly of the ESRA elected Eldad Davidov, a renowned researcher of basic values from the Zurich U, as its new president. Another news was that the association’s open-access journal, Survey Research Methods, had a double increase in the impact-factor, from 0.8 to 1.5.

This time there was a great many parallel sessions, yet numerous were also the audience. At the session on Value Change where I presented and which was chaired by Loek Halman of the EVS, there were also exciting presentations by Malina Voicu, Małgorzata Mikucka, and Natalia Soboleva.

Despite the early morning, there were more than 20 people listening in the room. The most remarkable in this respect was the full house at the session on measurement invariance which took place on the third day of the conference and where Ekaterina Lytkina and Maksim Rudnev presented. There was not a single free seat in a big room, while the questions after the presentations turned into real-life expert discussion on the debatable issues of theory, for instance, on the necessity of invariance between the first- and second-order factors.

Other sessions focused on exciting survey experiments when posing sensitive questions; on possible solutions to the age-period-cohort (APC) problem by analyzing the relative change between cohorts across time, etc. In general, this was a real chance to dip not as much into the geothermal baths of Iceland as into the world of methods, their accurate application, and to learn something new for oneself (e.g. about the forthcoming review article on multilevel modelling by Malcolm Fairbrother and Alexander Schmidt-Catran in the European Sociological Review. As for the future development of methods, the chorus of many presentations ran as follows: “let’s go Bayesian” and “simulations!”

Before the opening of the conference, traditional master classes took place. The topics ranged from questionnaire design to machine learning. I was lucky to participate in the class of Daniel Oberski who is famous for his works on latent class analysis (including the lavaan.survey R package) and who turned out to be a great professor!

Thus, Reykjavik, with its Nordic rigour and affability at the same time, became for these five days the city of academic exchange and the capital of the kingdom of true values and model parsimony.

the author of the article is Anna Shirokanova