On Anomie, Scales of Anomie and Interdisciplinary Research

Ekaterina Lytkina's talk at the IKG Forum on Conflict and Violence 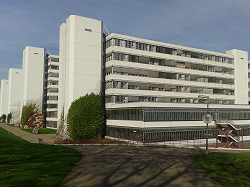 The topic of anomie is one of the important ones at the institute. Anomie is operationalized as cognitive disorientation and was included in cross-sectional and panel data within the project Group Focused Emnity in Germany (2002-2012) and in a study of eight European countries (2008). The report of Ekaterina Lytkina showed new horizons of research of anomie and caused vivid interest and a large discussion. Besides, possibilities of joint project, also aimed at finding the optimal indicators for anomie research, are being discussed.