Gender Attitudes and Perception of Democracy in the Arab World 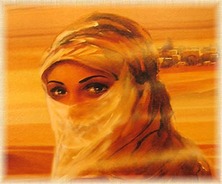 On February, 14, 2013, Veroniсa Kostenko and Pavel Kuzmichev presented their ongoing project “Gender Attitudes and Perception of Democracy in the Arab World”, which they are working on with Eduard Ponarin at the regular LCSR seminar.

The researchers use the “Arab Barometer” dataset for their analysis. They analyze gender equality support index and find that elderly people are much more liberal than the younger generation. The mean for the index also varies among different countries and in some countries it is high (Lebanon and Morocco). Despite that in all the Arab countries democracy does not formally exist. However some researchers claim that the democracy support is nevertheless very high in Arab countries (up to 80%). For this purpose researchers decided to construct democracy support index to see whether is this true or not.

During the analysis of both indices they found out that the correlation between democracy support index and gender equality index is very low; however the correlation varies between different countries. They used cluster analysis and Poisson regression modeling to categorize respondents by their attitude towards democracy and gender equality.  For example, there is a group of people in the region who support both democracy and gender equality, but it is a small number (around 17%) of elderly and middle-aged females characterized by higher education and social status. Simultaneously, the majority, especially young males aged 25-35 are against gender equality and democracy. This fact is of special importance as this generation will govern these countries in the closest future.

During the discussion professor Christian Welzel noted that the most problematic cluster is one where democracy is strongly supported but gender equality is not supported at all. These people might easily become a subject of political manipulation due to the lack of education and their overall incompetence in the political sphere. Nonlinear correlation between education and democracy support, as Serban Tanasa mentioned, might be caused by the fact that it is possible to gain religious secondary and high education, which undoubtedly affects the values of a person. On the whole the project received very positive commentary.