School in Comparative Social Science Studies at the University of Oslo 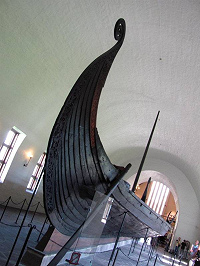 Famous Oslo Summer School in Comparative Social Science Studies was held on July, 23 – August, 3. Margarita Zavadskaya, associate researcher at the LCSR, was one of the participants of the event. She prepared a short report about her trip to Norway.

The summer school I attended at the University of Oslo slightly differs from the others schools in two ways: first, it was not a methods-oriented school, second, it lasted for a relatively short time.  Oslo Summer School in Comparative Social Science Studies consists of several short and intensive one-week postgraduate research courses at the Faculty of Social Sciences,.

The school was initiated by Professor Fredrik Engelstad in 1992 in order to further international contact among students and researchers working within comparative social science. The first summer school session was held in the summer of 1993, and it was held for the 20th time this summer. All the courses are of PhD level with adjustments to the needs of participants during the lectures. Throughout the years, a number of well known scholars have lectured at the Oslo Summer School, such as Gösta Esping-Andersen (1995), Peter Evans (1998), Charles Tilly (1999), Michael Mann (2000), Pippa Norris (2001), Rogers Brubaker (2004), Barbara Geddes and Roberto Franzosi (2008). You can read more about the history and prominent lecturers of the School on its website. The Oslo Summer School in Comparative Social Science Studies aims to cover all disciplines within social sciences: sociology, political science, human geography, economics, higher education studies, social anthropology, psychology, methodology etc.

I took a one-week intensive course “Elections and Democracy” by Professor José Antonio Cheibub, University of Illinois at Urbana-Champaign, USA. Since our group was small and consisted of researchers who focus on quite specific questions of the role of elections as macro-phenomenon, the lectures often grew into the hot and more extended discussions.  The course attendance is not enough to get ECTS credits and certificate, so during 8 weeks after the course ended, we are supposed to write an essay of 6000-10 000 words on a relevant topic and presumably containing econometric or statistical analysis.

The participants from Germany, Norway, Canada, Denmark, Italy and Brazil turned out to be extremely easy-going and open-minded people, with whom it was great not only to discover Oslo and its neighbourhoods, but also keep in touch and develop some collaborative projects. For instance, in a week I’m going to Rome (Italy) to the special panel devoted to my research topic Elections in Autocracies and without this school I would never learn about its existence.

Normally our workday started at 10 a. m. at one of the most modern buildings in campus, and ended by 5 p.m. Afterwards, we investigated the city and its outskirts in search for nice-looking places, and, of course, cheap restaurants. I really enjoyed the way the Swiss and German people were taking pictures of the menus! The Oslo prices were the most painful experience, which, though, stimulated us to spend more time hiking. The cheapest (accessible) food was found out only in Pakistani, Indian or Thai restaurants in Grünerløkka area which is famous as a former working class district of the city.

For those who prefer more culture-oriented entertainment I would recommend seeing the Folkemuseum which is situated on an island and you can get there only by boat, you’ll find some nice and pretty realistic historical reconstructions of the everyday life in Norway in various times and regions. If you wish to see the original of Munch’s The Scream, you might be disappointed since the most famous version of the painting has been recently moved to London.

The Summer school held in almost home-style atmosphere in small groups, quite informally but still at an appropriate level of professionalism. I would strongly recommend you browsing for any other courses which might be of some interest not only for political scientists, but for all interested in social sciences.