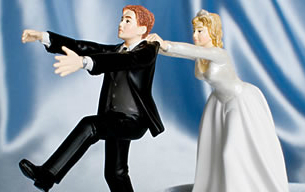 «Testing the Second Demographic Transition Theory with Seemingly Unrelated Regression: Marital Postponement and Human Empowerment», an article by Evgenia Bystrov (associate researcher at LCSR), was accepted for publication in the European Sociological Review.

This paper deals with a question of connections between human empowerment and changes in marriage patterns across the globe in the last three decades. The research stems from an ongoing debate regarding the nature of relations between value orientation and family behaviour: do values cause changes in behaviour or vice versa? Theoretical presumptions were tested empirically using the World Value Survey aggregated data 1981-2008 and supplementary cross-national time series data on marriages in 45 countries. Human empowerment was measured using three components: economic and human development, as captured by the Human Development Index, tertiary education, and emancipative values captured in the World Values Survey. Marriage behaviour is captured by a measure of singulate mean age at marriage as well as the percentage of never-married women aged 25-29 and 30-34. The results of seemingly unrelated regression analysis show that the relations between age at marriage and levels of human empowerment are reciprocal, with some asymmetry. Emancipative value change has a stronger effect on marital postponement than vice versa. It is also the most prominent determinant of marital postponement controlling for other measures of human development. Implications for the second demographic transition theory and emancipation theory, as well as for individual behaviour are discussed.

We congratulate Evgenia and wish her further academic success!