Legacies of Empire in Russian History 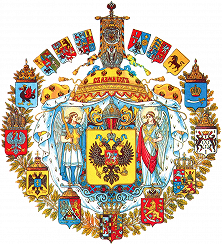 On March, 13, Ronald G. Suny (Professor of political and social history, University of Michigan) held a public lecture at the joint session of the seminar “Boundaries of History” of the Faculty of History, Center for Historical Research, and the Laboratory for Comparative Social Research, Higher School of Economics, within a framework of the Network of Empire and Nationalism studies.

Professor Suny presented his new book he wrote with his colleague Valery Kivelson during the lecture. This work covers a fairly long historical period since Rurik (IX century) till nowadays.  Suny studies the history of Russia from a very specific standpoint – through the lens of empires. For Suny, empire is a type of political regime which is based on violence in domestic policy and active expansion in foreign affairs. Another key feature of an empire is a center-periphery system as a way of assuring territorial coherence.

Ronald Suni argues that Russia has always been perceived as a threat by its neighbors being not that powerful in reality. Russian power in different historical periods was caused by the weakness of its neighbors. On the other hand, Russia exists longer than all the empires ever. The secret of those long-living empire institutions that are usually temporary and weak is the fact that Russian government has always (with minor exceptions) managed to support its legitimacy internally. Professor Suny mentioned that violence and legitimacy are usually incompatible in history. Here comes the question – how Russian elites managed to combine repressive policy and legitimacy?

Suny hypothesizes that there are several features of Russian empire policy which may have caused this combination. Firstly, empire elites have always involved national regional elites in their networks and circles by providing them status and economic benefits. This strategy gave an opportunity to control and integrate new territories into the cultural space of the empire. Secondly, the empire ideology helps producing a feeling of “higher justice”. Thus, the legitimacy of the Russian empire had been a form of a “free-will authoritarianism”.

In the XIX century, this age of nationalism in Europe, Russia managed to resist the temptation of separatist and nationalist movements in favor of the empire project. Famous Uvarov’s formula, “Orthodoxy, Autocracy, and Nationality”, helped to construct a new “empire nation” that has become the main ideological goal of the state. According to Suny, “empire nation” is synthesis of nationalism and empire ideology built on the cult of the “emperor” (“emperor” here is defined in broader sense meaning not only Alexander III, but Stalin too). Suny supposes that the “empire nation” project was successful enough to become a product for importing which was used in totalitarian regimes such as Hitler’s Germany. Suny finished his lection with an argument that this project is still “up-to-date”.