Measuring Stability and Change in Russian and European Social Attitudes

A report by Anna Andreenkova at the regular LCSR seminar 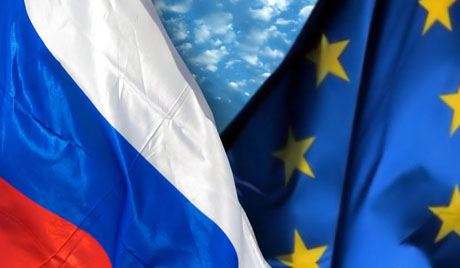 On February, 20 Anna Andreenkova, the coordinator of the European Social Survey (ESS) in Russia, delivered ​​a presentation on "Measuring Stability and Change in Russian and European Social Attitudes in 2000s" at the regular seminar of the LCSR.

Study of social attitudes in comparative context provides some insights into general trends in development of different societies in medium-term perspective and can be useful both for academic research and practical purposes of policy-making. Using the data of the ESS (European Social Survey), Anna investigated attitudes of European population on a variety of social issues, from immigration to religiosity to trust. Another goal of her study was to compare social attitudes and moods of Europeans and Russians

Anna concluded that there are more changes in attitudes towards societal aspects of life (political attitudes, issues of tolerance and relations between different groups in societies) and more stability in attitudes related to issues of personal life and beliefs (family, religion, social ties and communication, work and career) in Europe. However, the degree of stability and change varies significantly across different European societies.

Attitudes in Russia are changing faster than in Europe, but these changes do not always go to the expected direction. Thus, though anti-immigrant attitudes in Russia have fluctuated during the last twenty years, the data from the last wave of ESS (conducted in 2012) shows rapid increase of anti-immigrant feeling in the country. The level of religiosity is also dramatically growing in Russia comparing to other European countries.

Another interesting finding is that social life of people in Russia is concentrated on their family issues while people in the Western Europe are involved in wide social networks and have a lot of social contacts outside of the family. However, as data show, this difference slightly diminishes over time. Finally, one of the most important changes in social attitudes of Russian population is a gradual increase of interpersonal trust and general social well-being. Nonetheless, it is still not that high comparing to Europe.