Suicide in the United States

A report by Eduard Ponarin at the regular LCSR seminar 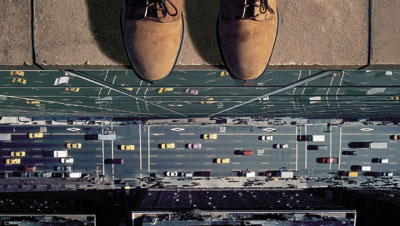 On February, 13, Eduard Ponarin (the director of LCSR) delivered a report on “Suicide in the U.S.” at the regular LCSR seminar.

This research focuses on studying relationship between suicide and religion. It is grounded on the ideas which were first expressed by Emile Durkheim in his classical work “Suicide”. In particular, Eduard assumes that the differences in suicidal rates among different religious groups can be interpreted as a result of social control and integration within each group.

Eduard has already dealt with the topic of suicide. The analysis of daily suicide rates in Dnepropetrovsk (Ukraine) which was presented earlier at the HSE seminar showed that relatively small groups can influence suicide rate of the whole sample as well as major events (holidays, football matches, religious events) may lead to increasing suicide rates in a short period afterwards. USA is a fruitful case for researchers interested in correlation between religion and suicide.  American society is traditionally more religious comparing to European societies. Furthermore, the US is more diverse in terms of religion than Europe.

Eduard conducted a multilevel regression analysis. The first level included certain characteristics of US counties; the second level is represented by states (there is no individual level data on suicides published yet). The dependent variable is a logarithm of correlation between number of suicides in a particular county and the proportion of residents practicing a certain religion or denomination in this county. Independent variable is a logarithm of the age of denomination in centuries (how ancient a certain religion is).

Preliminary results show negative relationship between suicide rate and the age of a religious movement: the younger is a religious group the higher suicidal rates its adherents show. But how can we explain such a correlation? Eduard presumes that the age of a religion is some kind of proxy for its feasibility and resiliency. Regulations and life strategies which religion offers to its followers coincides with spiritual practices. This balance affects adherents` survival and thus the durability of a religion.

Max Weber made an assumption that new religious movements are more rational than older ones. Presenter noted that presumably this hypothesis is not correct in the contemporary context. Some of the new social groups are really rational and thus can successfully survive in competition with other, elder, groups. Hower, the majority of them are not capable of it and thus they quickly disintegrate. Comparing with new religious movements the traditional denominations offer more rational life strategies which help their followers to get over social disintegration and anomia – the main driving forces of suicide.