Anna Shirokanova has been awarded a scientific degree in Sociology

We congratulate Anna and wish her further academic success! 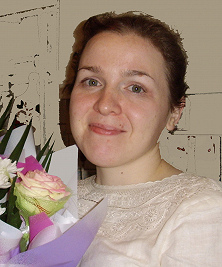 Anna Shirokanova, an associate researcher at LCSR, has been awarded a scientific degree in Sociology for her thesis titled “Scholarly Communication in the Information Society: A Sociological Analysis” defended at the Belarusian State University (Minsk, Belarus). She kindly provided a brief description of her research for the LCSR website.

In my thesis, I have looked into new features of scholarly communication enabled by the development of the Internet and new communication technologies. Those features give rise to new types of scholarly communities – international, networked, relying on computer-mediated communication for their everyday functioning. The Internet condition boosts the role of visibility and online discussion for the scientific community. Rising subscription prices and the “journal crisis”, the boom of electronic scientific journals, the open access movement, scientists' protests against commercialization of science and the shrinking attention space all make today's situation in scholarly and scientific communication different. International and interdisciplinary collaborations that are on the rise today also tend to result in better quality research and, on average, they are cited 2-3 times more often.

I have used the electronic scholarly communication to demonstrate how “brain drain” processes are compensated for in science, which countries make the most frequent collaborators for Belarusian scientists, what attitude scholars have towards the open access movement and how often active researchers make use of communication tools such as Skype or social network sites when conducting or disseminating their research results.

The Laboratory for Comparative Social Research is a vivid example of a new type of research community, while the Higher School of Economics is an ardent promoter of new forms of electronic scholarly communication in its own right, which has made them a constant source of inspiration for my thesis. I would like to thank all the researchers and the staff of the LCSR for their support and advice – and for the energetic intellectual air of working together at the Laboratory!

*** A summary of findings can be downloaded here (in Russian with a short English resume, p.21).