A report by Boris Sokolov at the regular LCSR seminar 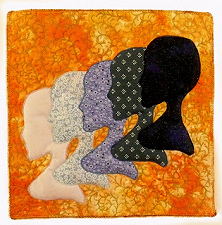 On November, 28, Boris Sokolov (junior research fellow at the LCSR) delivered a report on "Polarization Measurement through Ordered Latent Class Analysis" at the regular LCSR seminar.

The concept of polarization is widely used in social sciences. Usually, this term is referred to the extent of heterogeneity or disagreement over some issue within society. Polarization has a great explanatory power concerning such topics as political conflicts, civil wars, economic growth, mass support of political parties and decision-making process in parliaments. For example, it was shown that high level of ethnic or linguistic polarization in a society increases the probability of armed conflict. Also, it was found that ethnic polarization negatively correlates with economic growth.

One of the major problems that arise when one tries to apply this concept in empirical research is the measurement of the level of polarization for a given society. Polarization can be easily measured for such observable indicators as ethnicity or religious denomination by applying some well-known indices (for example, the index of Reynal-Querol). However, some types of polarization require more sophisticated methodology. Thus, huge amount of concepts concerning human values and beliefs is usually measured with the scope of different indicators. They compose a latent variable which is not observed but just theoretically assumed. How can one use existing polarization indices (constructed for observed, single-indicator variables) to estimate the level of polarization on unobserved characteristics?

Boris proposed a novel approach to polarization measurement which is based on latent class analysis (LCA), in order to deal with such problems. LCA is a statistical method designed to reduce data dimensions. It allows classifying perceptions and values of the respondents. Values can be measured as several nominal or ordinal (or interval) latent variables each category of which is a single class. Each category composed of the respondents with the most similar characteristics. LCA helps to obtain one scale (or classification) that reflects all the values of the respondents. After performing this procedure one can measure polarization by applying some existing indices.

This approach is better than the standard method based on obtaining weighted average score for all observed indicators of interest, because LCA helps not only to integrate information, provided by observed indicators, but also permits to check the assumptions of normality and unidimensionality of the latent variable (other methods take this assumptions by default). Then, LCA allows for testing measurement invariance (in some respect, doing this is even easier than in factor analysis).

Boris illustrated the suggested method by measuring polarization on survival/self-expression values in 29 European countries. Using the data from the 5th wave of WVS he also showed that the latent variable related to the corresponding type of values can be treated as one-dimensional variable when it includes no more than five categories (i.e. ordered classes). But the intervals between categories may not be equal. It means that using interval scale in this case is inappropriate. The highest level of value heterogeneity is observed in the most modernized countries: Sweden, the Netherlands, Belgium, and Luxembourg. Societies in Eastern Europe are more homogenous and can be described as almost completely materialist. The percentage of materialists is highest in the Baltic republics where their share is up to 80%.

The important notion is that these results are very preliminary. Although measurement invariance was not tested in the analysis, some evidence indicates that the residents of the Western and the Eastern Europe may understand some issues differently. It may restrict the possibility of comparison between these two regions. Then, the assumption of equal interval size of the scale of ordered latent variable reflected individual value attitudes also may be wrong. Therefore, further corrections are needed. This, and some other methodological problems, will be the main concern of the next stage of the research.