OPEC.ru published an article about new research conducted by Peter Meylakhs, senior research fellow of LCSR (Saint-Petersburg). The article is titled "Russian Drug Users are not Afraid of HIV Threat". 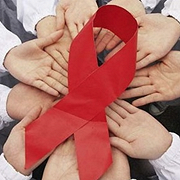 The expert HSE web-site "Open Economy" (OPEC.ru) published an article about the research conducted by Peter Meylakhs, senior fellow of LCSR (Saint-Petersburg). The article is titled "Russian Drug Users are not Afraid of HIV Threat". The results of the study were introduced on the XVI April International Academic Conference on Economic and Social Development, LCSR workshop, and are published in the renowned journal "Sociology of health and illness" which is included in top-10 international academic journals.

Peter Meylakhs with his colleagues from National Development and Research Institutes (New York, USA) and Centre for Independent Social Research (St. Petersburg, Russia) studied the life of drug users from New-York and Saint-Petersburg. The researchers conducted life history interviews with people who inject drugs (PWID) and made a conclusion that drug users in USA and Russia have different attitudes to risk-related behaviour. Though prevalence of HIV and especially Hepatitis C is high among people who inject drugs (PWID) in New York, about a third of those who have injected for 8–15 years have avoided infection by either virus despite their long-term drug use. Drawing on work-related, social and institutional resources, informants underwent both periods of stability and turmoil without getting infected. Russian drug users are less careful to avoid both infection by HIV and Hepatitis C and showed less interest in protection from infections.

The whole article can be found on the following web-site (language is Russian):