New article by Sarracino and Sabatini! 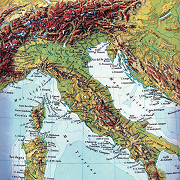 New article written by associate researchers of LCSR Francesco Sarracino and Fabio Sabatini is published. The title is `Online social networks and trust`.

The authors express gratitude to LCSR collegues. Namely, the article benefited from comments and suggestions given by Ronald F. Inglehart, Eduard Ponarin, Christopher Swader, Christian Welzel, Anna Amalkaeva, Anna Nemirovskaya etc. Participation at the 3rd LCSR International Workshop (Saint Petersburg, 26–30 April 2013), at the conference ‘Cultural and Economic changes under cross-national perspective’ (Moscow, 12–16 November 2013), and at the workshop ‘Social and cultural changes in comparative prospect: values and modernization’ (Moscow, 29 March–6 April 2014) also added to the article in the most positive way.

Sabatini and Sarracino explore how participation in social networking sites (SNS) such as Facebook and Twitter affects the most economically relevant aspect of social capital, trust. Such measures as trust in strangers (or social trust), trust in neighbours and trust in the police are used. The authors address endogeneity in the use of SNS by exploiting the variation in the availability of broadband for high-speed Internet, which relates to technological characteristics of the pre- existing voice telecommunication infrastructures.

In the article it was found that all the proxies of trust significantly decrease with participation in online networks. In conclusion, Sabatini and Sarracino discuss several interpretations of the results in light of the specific features of Internet-mediated social interaction.