Ronald F. Inglehart Laboratory for Comparative Social Research announces the next regular seminar, which will be held as a Zoom session on October, 14 at 16-30 p.m. (GMT+3). Maksim Rudnev (HSE; Institute of Sociology of the Russian Academy of Sciences), Christin-Melanie Vauclair (University Institute of Lisbon (ISCTE-IUL), CIS-IUL, Lisboa) will deliver a report “Revisiting Cowgill’s Modernization Theory: Perceived Social Status of Older Adults Across 58 Countries”.

A link to Zoom session is available upon request via lcsr.event@hse.ru.

Abstract. Cowgill’s modernization theory stipulates that older people’s social status is lower in societies with higher societal modernization. The few existing studies reveal conflicting results showing either negative or positive associations. The current study follows up seminal cross-national research on the perceived social status of people in their 70s (PSS70) in a diverse set of countries. PSS70 was defined as the relative status of people in their 70s compared to people in their 40s as perceived by the general population. Data were obtained by the World Values Survey (2010 to 2014) and included 78,904 respondents from 58 countries, and from European Social Survey (2008 to 2009) including 52,820 respondents from 27 countries.

These results generally support Cowgill’s theory showing that the effect of modernization is driven by the share of older people in these countries as well as Muslim and Postcommunist cultural zones specifics. Given the results, we suggest a model of “diminishing marginal utility” of older adults for society.

We suggest that the low status of older adults in the Postcommunist countries was caused by the social and economic transformations that followed the fall of the Communist rule, which led the older generation to losing of its human capital, and then exacerbated by the ageist legacy of the Soviet industrialist ideology. Finally, we propose that disproportionally high status of older adults in Muslim cultural zone and apparent lack of effect of modernization is due to a combination of its population’s high level of religiosity as well as specifics of Islam.

The working language is English. 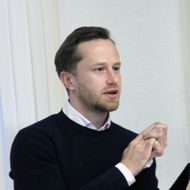